Compliance In Focus
Posted by John Lehmann on Tue, May 4, 2021

There are plenty of options for medical device manufacturers looking for a contract research organization to support their clinical trial.

As smaller companies conduct more trials, the contract research organization (CRO) industry is expected to grow to $64.4 billion by 2027. However, this growth is accompanied by increasing consolidation. The top 5 CROs employ nearly 100,000 people and a single CRO can have thousands of clinical trials in progress at any time.

Consolidation within the past three to five years includes a number of high-profile mergers. These changes can lead to increased costs, internal conflict, difficulties managing change, and more. Our team has encountered these issues when some of our clients have enlisted our help “cleaning up” a clinical trial that has fallen behind or experienced difficulties that prevented the team from moving forward. In this post, we’ll share some of the most common concerns we’ve observed with large CROs.

Sponsors who previously worked with large CROs often complain they are not responsive to doctors and other providers. Frustrated doctors may blame the trial sponsor for the problems, which discourages physicians from embarking on research and lowers the number of patients enrolled.

In one example, an endocrinologist needed a copy of a protocol amendment and was unable to get the CRO to answer her emails. These communication problems tend to be more common among larger CROs.

Large CROs also tend to be less agile. This can be a particular issue in the medical device sector, which tends to be smaller than pharmaceuticals and oncology, making it more difficult to find CROs with the specific needs of the trial. Executives and associates at a large CRO with thousands of projects may also be less motivated to keep up with the latest trends or explore new ways of doing things because they don’t have to. If they encounter a project with complex needs or one that doesn’t fit their team’s skillset, they may turn it down rather than working to find solutions.

Large CROs tend to experience bureaucratic inertia. They may ask doctors for information that they already gave or require extensive paperwork. They may have slow internal processes, requiring weeks to complete something that should only take a few days.

This delays trials and costs money. Yet larger CROs often stand by requirements that make no sense to the providers or sponsors, simply because they are standard processes. The frustration this causes can discourage providers from joining your trial or approaching their patients. It’s not uncommon for doctors to blame the trial sponsor instead of the CRO for these problems.

Concerns about your CRO being bought out in the middle of a trial can happen at any level. Larger organizations, however, also have other problems. Internal politics can lead to changes in the specific team handling your trial. A key person could be promoted and replaced. Or they could be transferred to another team, whether at their own request or because of changing needs on other trials.

Any time a team member changes, there is a risk of having to resubmit information or repeat steps. This is particularly true if somebody on the CRO's team is fired or leaves under unfortunate circumstances. In these cases, information may not be properly passed on to their replacement. The longer your project timeline, the more concerning this can be.

Additionally, internal turnover, where somebody is poached from working on one trial to working on another, is almost inevitable when working with a large CRO. A crisis in another trial might also result in the people assigned to yours suddenly becoming unavailable as they go "put out the fire" elsewhere. You may also find that if you have a problem, new people are brought in from elsewhere with the idea that they can help. Instead, you end up spending more time getting them up to speed.

With smaller CROs, it's more likely that they will assign a team who can stay with your clinical trial for the duration.

When choosing a CRO, it's important to ask about their staff turnover and retention rates. Ask what happens when turnover occurs and how the CRO maintains consistency. Some turnover is inevitable, but turnover that is significantly higher than the industry average can be a sign of a toxic work environment or a lack of advancement opportunities.

Low turnover tells you that the CRO treats their people well and has a strong company culture, which increases productivity and effectiveness.

Some large CROs charge more simply because they can. The number of mergers and acquisitions that have occurred over the past decade have concentrated the market among a few very large players, reducing the competition and driving up prices.

High costs don’t just stem from inflation. CROs of all sizes want your project, but smaller CROs are more likely to estimate conservatively. They know that once you have chosen a CRO for the trial, you won't want to switch mid-flight. They also tend to be more mindful of change requests, which can add up and cause your trial to go over budget.

Sometimes change orders are inevitable. However, large CROs may give you inaccurate estimates or request a change order because they assumed your trial would be similar to one they did previously.

In addition to thoroughly reviewing your own budget, you should look over the CRO's estimate carefully and make sure that everything in it makes sense for your trial and scope.

How To Find The Right Size CRO

While large CROs are well-known and may seem like the safe choice initially, they aren’t always the right fit for your medical device trial.

Rather than limiting your search to a few, focus on the criteria that matters most to you.

Look for a CRO that will give your team the attention you deserve and work with you to find solutions to the challenges you will inevitably encounter along the way. Ask questions about the team, its turnover rates, and how they will communicate with your team.

Pay close attention to their estimate and fee structure as well. As a full-service medical device CRO, IMARC can meet your team’s need for quality and compliance without contributing to delays or exceeding your budget.

Learn more about how our team supports yours at every stage. 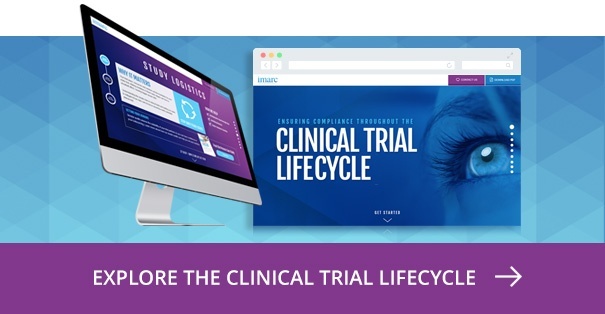